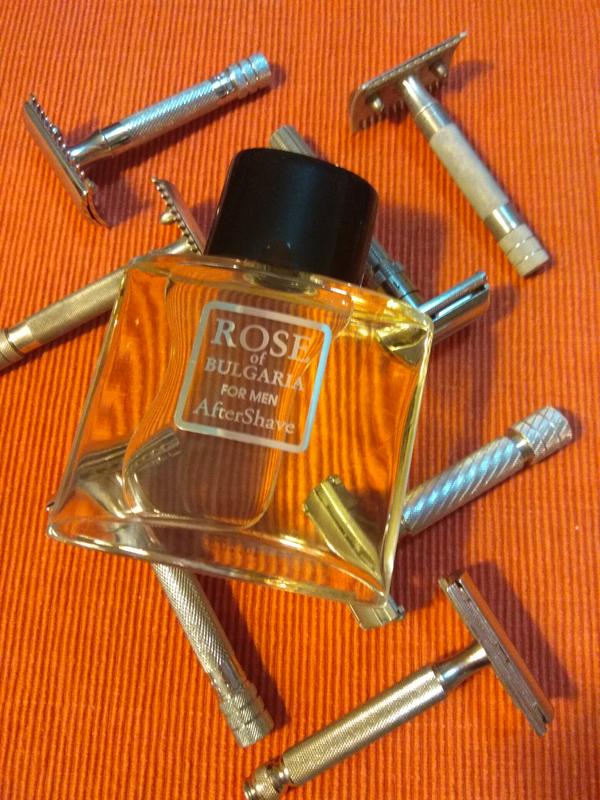 A few months ago I had ordered from Bulgaria the ASLs of the brand “Rose of Bulgaria” in its two versions, namely Rose and Lavender.

I also wanted the shaving creams, but as they informed me, the factory made a reformulation on these creams so their production was stopped.

Rose is a really worthwhile After Shave Lotion in all respects (lavender, I have not tried it yet but I think it’s at the same level).

Its protective properties are top-notch. In any case, rose oil is considered to have antiseptic, rejuvenating and anaplastic properties.

Alcohol is percieved as a tingling, as well as the coolness of the menthol, which is in the ideal level.
Its aroma will come to you many times a day to your nose, without being boring and annoying. Quite the opposite!

Personally I found it an amazing after shave.
The only negative thing I would say is the bottle lid that looks cheap, and gives you the feeling that it does not close tight or that it has a cheap look and application to the bottle. But it closes well and I did not see any leaks.

I imagine that lavender is will be at the same level, which is noteworthy that it differs from the lavender I have smelled so far and gives a sense of a “light” lavender, one of a superior quality compared to others. Equally addictive, that you do not understand at first that it may be lavender, also you feel it is not a lavender that may contain “chemical perfume enhancers”.

At the end, the Bulgarians have done a great job in these after shave and I personally like it a lot.

You can always read more here, though it’s in Greek 😉